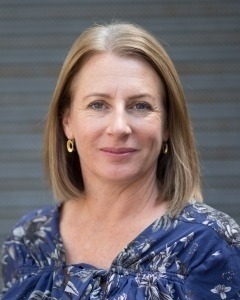 Professor Rosalind Smith is the Professor of English at the Australian National University, Her primary research area focuses on the intersection of form, politics and history in early modern women’s writing, examining women’s participation in large formal categories in order to rewrite literary histories of genres (the sonnet), modes (complaint) and textual practices (marginalia), Her secondary research area focuses on true crime, specifically true crime in Australia and women and true crime in the English Renaissance.

She has a sustained record in academic leadership, including as Acting Pro Vice Chancellor Research and Innovation (2019), Assistant Dean Research and Research Training (2013-17), Director of the Centre for 21st Century Humanities (2018) and Deputy Head of School Teaching and Learning (2012).In 2008, Ros co-founded the Early Modern Women’s Research Network (EMWRN) with Dr Patricia Pender. Under their leadership EMWRN has become a internationally renowned centre for innovative early modern research, using methods combining theoretical, material and digital scholarship.

She has served on the HCA panel of the ARC College of Experts (2015-17) and has over $3 million in external research funding, including a current Future Fellowship (2019-23).  She is also the lead CI on a 2019 ARC Linkage Project grant with State Library Victoria, lead CI on a current ARC Discovery Project, and CI5 on an ARC LIEF project. In 2012 she led a large international team examining the material cultures of early modern women's writing, also funded by the ARC Discovery scheme. She has also been awarded funding from the Marsden Trust and is currently a Senior Common Room Fellow at Merton College Oxford. In 2019, Ros was appointed general editor of the Palgrave Online Encyclopaedia of Early Modern Women’s Writing, the largest project of its kind in the world, with over 400 entries, 15 section editors and a million plus words.