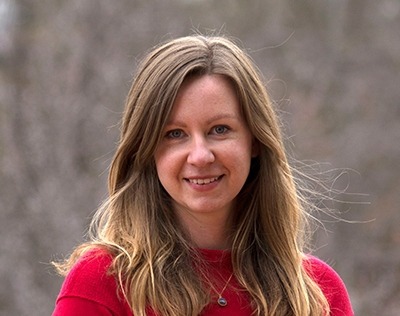 Monday 17 July 2017
When Georgia Pike began her undergraduate degree at ANU, it was something like the fulfilment of destiny. Both her parents had studied – and met – at ANU. Her grandfather, Douglas Pike, had been a well-respected Professor of History and the first editor of the Australian Dictionary of Biography. Her elder sister would go on to do her Masters degree at ANU.
“I think I always wanted to come here,” Georgia says.
“I liked the idea of carrying on some kind of tradition of being involved in the university.”
Her involvement began at the ripe old age of 4, as a student of the School of Music’s Music Engagement Program, of which she is now Convenor. MEP was as old as her and at the time, was an elite program designed for the intensive training of young musicians.
Through MEP, Georgia spent a decade studying music theory, participating in choir and learning the harp. Then, midway through high school, she quit music.
“I had gotten to the point where I was too afraid to sing,” Georgia states.
“I had very severe music performance anxiety – which a lot of people develop.”
For two years, Georgia stayed away from music-making. She graduated from high school. Then, in her gap year, she started singing again.
“I overcame it because of the idea of outreach,” Georgia says.
During her gap year, she studied at the Institute for Music and Health in New York; an institute founded on the idea of engaging in and sharing music-making to promote wellbeing.
When Georgia returned to Canberra, she discovered that MEP had changed from being an elite program to one that was inclusive and also outreach-focused.
“Suddenly I felt that my musical skills had an avenue through which they could start helping other people beyond merely performing and feeling judged by people on my performance,” she says.
Around this time, she began her undergraduate studies in Arts and Law.
“I really wanted that broad Arts degree like I imagined old fashioned universities would give you."
She adds dryly, “When I liked the subject, I was a HD student. When I decided I didn't like the subject, I was very skilled at just passing.”
Georgia was kept preoccupied volunteering for programs and doing musicals. She also worked two casual jobs to support herself.
One of those was as candy bar girl at Electric Shadows Cinema, founded by her parents, and later assistant at the Electric Shadows Bookshop.
Her parents first met at ANU, when her father was completing his Masters degree and her mother was finishing up her PhD. Her father was one of the founding members of the ANU Film Group and went on to establish Ronin Films with her mother, who’s now Centre Manager at the Australian Centre for China in the World.
“My whole family has a long history of being involved in the university and the arts in Canberra,” Georgia says.
Her grandfather was one of the ‘big historians’ at ANU.
“He enjoyed debating with Manning Clark,” Georgia says.
“I think they had a somewhat enjoyable professional enmity. They disagreed on how history should be done.”
After she graduated with her Bachelor of Arts, majoring in Classics and Law, Georgia did a diploma in Education, motivated by the work she was doing with MEP, where she’d started working casually since 2006.
“The students that have come through this program do not develop stage fright. It just is not in their consciousness.”
She saw how different they were from herself at that age, back when skill was valued above all else.
“The idea that you learn skill at the expense of everything else including the joy of music – that's the problem. Skill develops whether you like it or not,” she says.
Prioritising the love and joy of music is really important to Georgia now.
“Because it doesn't matter how much skill you have if you're too terrified to use the music you've been given.”
Georgia is passionate about producing generations of musicians who don't have the fears and problems that have been developed through the skill-focused model of training. Her PhD thesis examined why “simple” uses of music – to bring joy, to bring people together – is important.
“It takes us back to the origins of music – this comforting aspect of music-making. It's about this communal process,” she says.
“So if I'm performing on the stage singing in front of a thousand people, it's in a sense the same thing. I’m just doing this communal, ancient thing – I just happen to be the one singing at that point.
“And if I realise that,” she says, “there's nothing to be afraid of.”