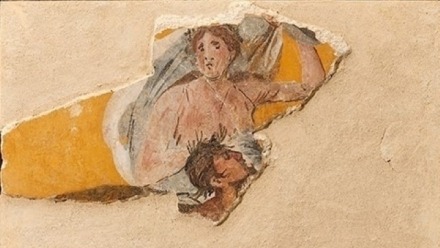 The Friends of the ANU Classics Museum invite you to a special event in the museum!

A celebration of the 60th anniversary of the museum, and a special welcome to Associate Professor Caillan Davenport as the new Head of the Centre for Classical Studies at the ANU. From its modest beginnings in 1962 the museum has grown into its present elegant collection of more than 600 items.  This calls for celebration and for socialisation once again in the museum! Drinks and finger food will be served, and Associate Professor Davenport will entertain us with a talk entitled:

Caillan Davenport is Associate Professor of Classics and Head of the Centre for Classical Studies at the Australian National University. Educated at the University of Queensland and the University of Oxford, he taught Classics and Ancient History at the University of Queensland (2011-2017) and Macquarie University (2017-2021) before joining the ANU in January 2022. Caillan has received a Rome Award from the British School at Rome, an Australian Research Council Discovery Early Career Award, and an Alexander von Humboldt Fellowship for Experienced Researchers. His published research has focused on topics such as the letters of Marcus Aurelius and his tutor Fronto, the social world of the Roman imperial court, and the workings of the Roman administration, which was the subject of his book, A History of the Roman Equestrian Order, awarded the Royal Historical Society’s Gladstone Prize. He is currently writing a book on rumour and gossip about Roman emperors.

Our lines of merchandise will be available and all sales help to support our museum. The committee thanks all Friends for their ongoing support for the aims and activities of the museum.