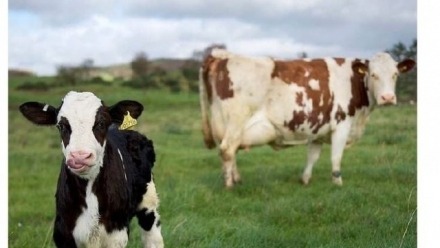 Till the Cows Come Home: A Scene from the Novel Westhill

In Animal Studies discourse, farms are places of marginalization and cruelty. Agricultural practices involve the killing of astonishing numbers of animals, and demonstrate, quite graphically, what Dinesh Wadiwel calls the “continuing warlike domination” of the nonhuman animal (285).

In his seminal essay “Why Look at Animals?” John Berger captures the inherent contradictions of farming when he writes that historically animals were “subjected and worshipped, bred and sacrificed” (7). Farms are places of human-animal familiarity, and human-animal brutality. How then are these conflicting ideas to be reconciled to form an ethically minded and rounded understanding of agriculture? More specifically, how can fictional literature play a role in examining the nuance, ambiguity and contradiction of these spaces? The creative component of my PhD thesis grapples with this thematically, and one scene particularly aims to explore the nexus of conflicting ideas and feelings. In this scene the protagonist Charlotte tells of her attempt to aid a farming family when a sudden flood causes two of their dairy cows to become stuck in the marshy banks of the River Denum.

Kate Oakes is a PhD student in the School of Literature, Languages and Linguistics, working on a Creative Writing thesis. She is writing a Bildungsroman novel set in rural southern England, and her research deals primarily with Animal Studies scholarship, and the novels of Victorian author Thomas Hardy.